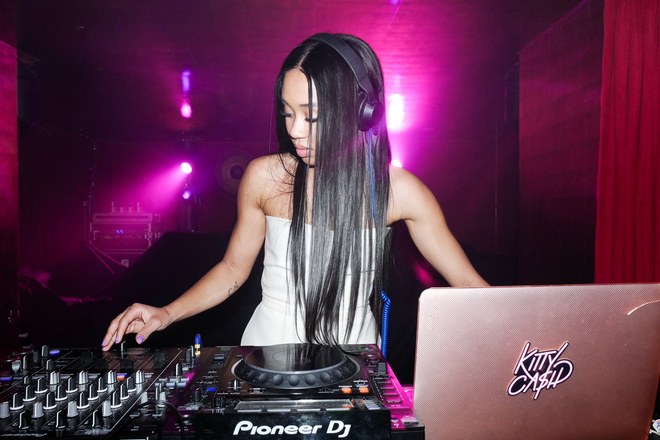 “We wanted to elevate; Dior Addict was always a bit like the younger sister of Rouge Dior, and we wanted to make her as iconic as Rouge Dior,” said Peter Philips, creative director of Dior Beauty. As the visionary behind so many iconic Dior looks (not to mention his industry-shifting work with Louis Vuitton, Chanel, and others), he was speaking of the house’s new Dior Addict line: a pink-thinking, fresh, and more feminine range of lip color, which launched last night at a dinner, bathed in a rosy light, at the newly opened Roxie in Paris’s 8th arrondissement.

“It’s one of those formulas that you do just want to keep wearing,” said Delevingne. “I just keep putting it on—that’s why it’s so funny that it’s called Addict.”

The Roxie also doubles as a performance space, and Dior took full advantage. Mabel, the daughter of Neneh Cherry and Massive Attack producer Cameron McVey, took to the stage for a reggaeton-infused R&B set as the meal came to a close. The set was a vibrant, ’90s-influenced injection of youth—underlying that the night was a celebration of self-expression and women being seen as much as it was a statement on Dior’s new makeup. The tables were cleared away for dancing as the set ended, and, soon after, Kitty Cash took to the DJ booth.

“It’s not just about being pretty and sexy,” said Philips in contemplation of Dior’s message. “It’s an art form. Use your femininity as a tool, as a weapon. Tools can help. Sometimes it’s beautifying—sometimes it’s a war point.”